KARS THE CITY OF SNOW, GOOSE AND CHEESE

KARS THE CITY OF SNOW, GOOSE AND CHEESE 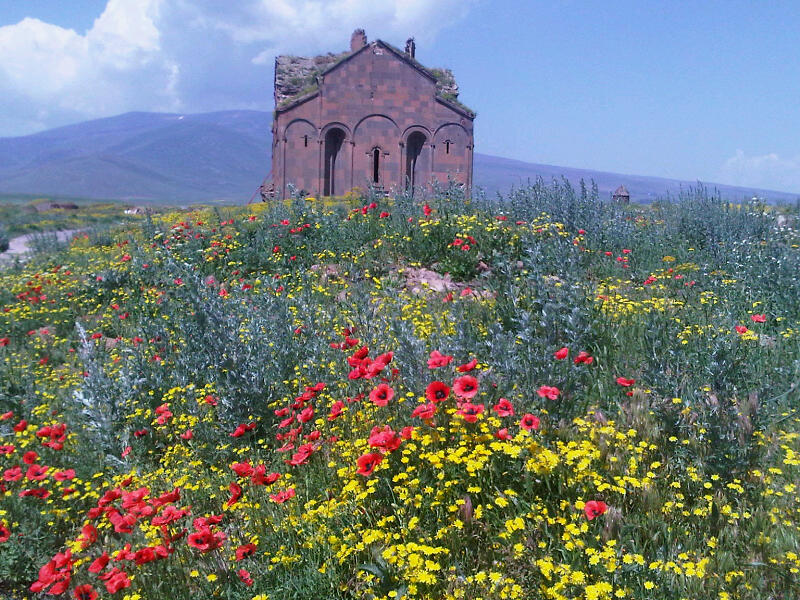 Tucked away in Turkey’s far northeastern corner, the small town of Kars has a big problem, which is that it’s on the road to nowhere -- or at least it has been since 1993 when Turkey’s always tepid relationship with Armenia slipped into deep freeze as a result of its dispute with Azerbaijan. Although as a travel agency doing cultural tours I  planned some itineraries to Kars for my customers I have never been there myself. Or at least not until I was invited with a group of travel agencies, travel writers and some young people from ministry of tourism by United Nation’s Development fund to explore the potentials of Kars and its premises and to develop some ideas how to market Kars in a more effective way. After spending two and a half days very intensively in Kars, we all had some ideas about how to market this amazing sight, because Kars with its may offerings on natural beauty, history and cuisine had given us many ideas.

Sad past with a snow white  future …. Sarikamış

Our first stop was at Sarikamis, maybe the most well known district of Kars Province   because of its great skiing slopes and its sad history of the Battle of Sarikamis between Russia and Ottoman Empire during World War I which ended up in favor of the Russians and a loss of more then 50,000 soldiers for the Ottoman Empire.  Since it was June, we did not see any snow but we still reached the peak of the mountain, only to be taken with its great beauty surrounded by  intense pine growth and its fauna and flora . Though short by Alpine standards, slopes at Sarikamis are among the longest in Turkey and famous for its quality of powder snow.

The Katerina’s Hunting Lodge is another of Sarikami’s historic treasures which dates back to Russo -Turkish war which  assumes to be build in 1902 and it exhibit’s the  characteristic lines of the Baltic architecture.

The ruins of the abandoned city of Ani which is just 45 kilometers away from the border of Armenia was our next day trip.  Ani is amazing and would surely be a potential  for the UNESCO World Heritage List were it not for politics. June is a spring time in Kars and  the sight was covered with poppy flowers and the air was fresh and scented with thyme and rosemary . Once one of the  most important trading  centers of the silk road the ancient ruins of Ani are among the 100 historical works that needed to be protected in the world. Ani  is set in a great landscape that stretches away on all sides. The few buildings that still stand are truly majestic and have an eerie exotic beauty. The church of Christ the Redeemer is particularly startling: it was struck by lightning in 1957 and exactly one half of it remains standing while the other half is in fragments on the ground. Walking through the sight from one church to another I could  not  stop myself from wondering  that once considered an impregnable fortress due to its natural protective cliffs on three sides and strong massive walls on the fourth side why it is abandoned like this, and if all the great civilizations will somehow share the same destiny one day?  Today, even though Ani stands in ruins, its past glory and splendor can still be seen and felt.

Kars For All Seasons…

Kars is a detour too far for many visitors, which means that they never get to discover its curious cuisine, which is especially interesting in winter, the time of year when cooked goose pops up on local menus.  It is on the menus but its not always easy to get it, because it needs to be ordered  it in advance which is not always a  good sign for travelers in a hurry.

If you can manage to tear yourself away from the restaurants and cheese shops, it’s well worth taking a turn around the “Little Russia“ back streets of old Kars, which boast an architecture quite unlike anything else in Turkey. Unexpectedly wide and tree-shaded, they’re lined with pastel-colored, one-story buildings with sloping roofs, neat little dormer windows and lots of neoclassical detail from Russian period. One especially lovely old house has been turned into the stylish Kar’s Hotel, well worth a splurge if you want to immerse yourself in the full-on Kars experience.

Some say Kars is a city of  snow and one  should at least visit this unique  city once  in winter time. But for me Kars is a city of  all seasons… As one of the coldest cities of Turkey, Kars has its spring starting at the end of May can offer  many different activities apart from sight seeing such as trekking, biking, camping tours. With its more then 245 spiecies of birds Lake Kuyucuk which is  ideally located about 38 kilometers from Kars City designated as a wildlife reserve in 2005 is known for its amazing bird-watching and is a prime place for sightseeing and trekking as well.

After spending 2,5 days in Kars and discussing the potentials of the area my own idea is just to leave the place as it is, maybe with a slight face lift and strict control of the new constructions in the city.. There are not many places left on earth which are not touristic and can only offer the natural beauty, the searched after innocence and the genuine hospitability and nostalgia of the past. For innovative travellers Kars still remains a city to be explored and loved.