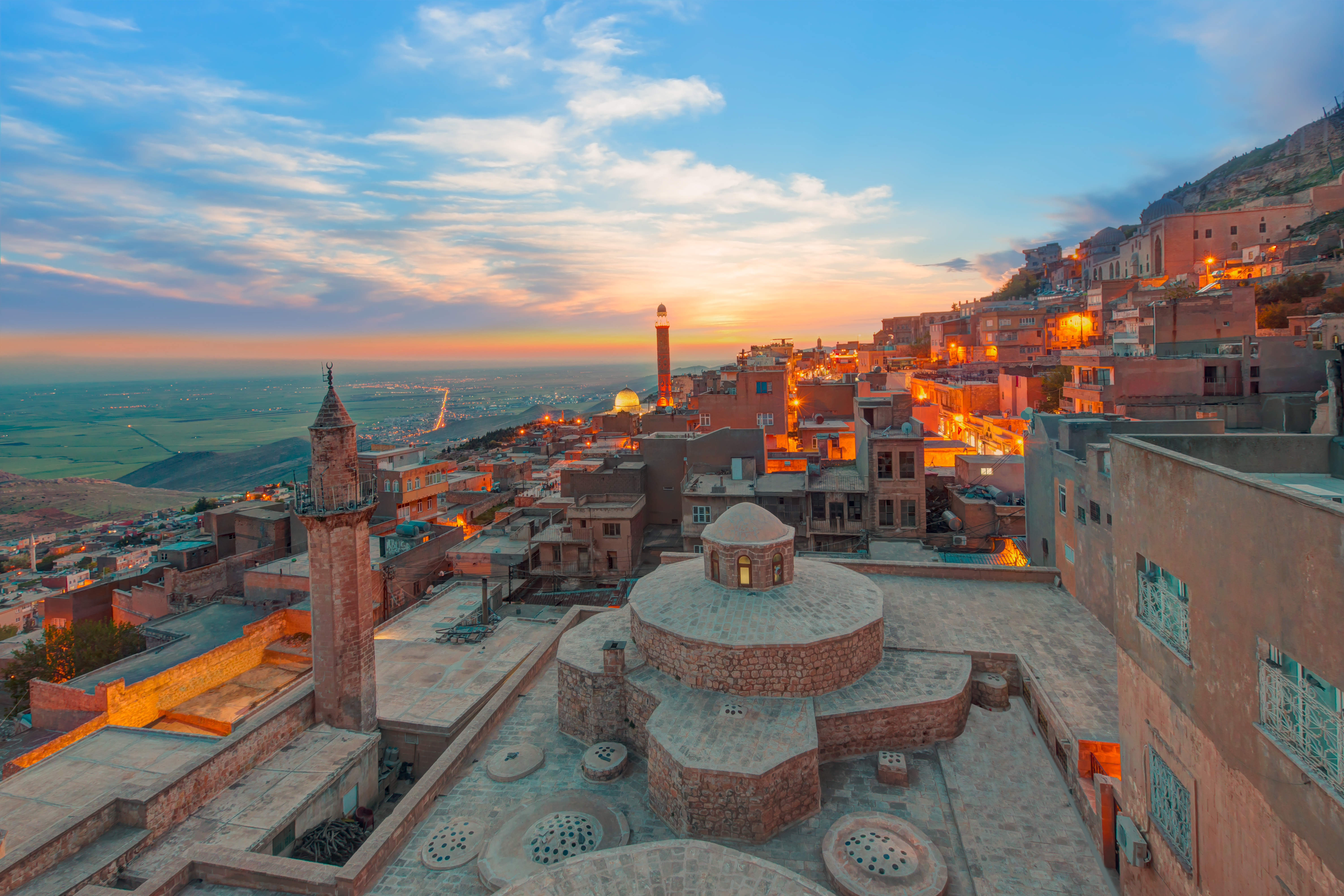 Bazzar, Mırra and the smell of freshly baked bread…

My second time in Mardin, this time I am alone and it is a pleasure trip combined with business. So I had plenty of time to explore the city by walking which I recommend to every visitor of Mardin. Whilst the majority of the commercial and social life pulse along the central ‘Cumhuriyet Street ’, if you wish to gain a genuine sense of the look; the true composition of Mardin you will have to delve upwards, downwards, along and around its maze of sloped alleys, stairways, lanes and abbaras.
Mardin is also known for its bazaars, a warren of alleys and stairs where tightly packed stalls are noisy selling spices, natural soaps, clothing, food and whatever you think of. Aromas of freshly baked bread, mırra ( Arabic coffee ), strawberries and spices drift by as Syrian orthodox goldsmiths and Muslim copper workers beat their trade, side by side. I enjoy my time strolling around the back streets. Winding passageways often connected by low arched ’Abbara’; stone passageways whose purpose historically was to connect streets and separate parcels of land belonging to different families after whom they became named.Mardin is the best preserved city in eastern Turkey. Built on steep slopes with a castle atop a hill, it looks like a fantastic medieval stronghold. From a distance, the golden stone of Mardin houses blend into the rock of the hills on which the city is built. On closer inspection, the stone carving and decoration of the houses and public buildings reveals the city as an architectural treasure-chest. Among the jewels are the ancient citadel and several mosques, in particular, Ulu Mosque,the 15th century Kasim Pasa Medrese is remarkable for its fine stonework.At the lovely Isa Bey Medrese from the 14th century, you can admire the magnificently carved portal and climb to its roof to enjoy the mesmarising view over the Mesopotamian Plain.

Mardin Cuisine
If even a simplest dish takes several hours to cook what do you expect but a great cuisine in Mardin ? I found the food in Mardin incredible original combination of many Ottoman, Syriac and Armenian recipes. Some of the names sound very familiar like hummus, eggplant dishes, local cracked olives and yogurt dishes all done in regional style and very delicious. There are many meat base dishes but somehow they are cooked in a very different style then of Antep, Urfa, or Adana.

Crossroads of Religions
Mardin is famous for the Syrian Orthodox heritage. South and east of Mardin lies the Tur Abdin, the Holy Land in Syriac language. Here, a lot of churches and monasteries, some dating back more than a thousand years ago, are still used by dwindling groups of priests ,monks and believers. On the other hand Islamic theological high schools like the Kasimiye and Radviye Medresse, beautiful mosques like the Ulucami and Latifiye Camii are the best examples of the Islamic heritage of Mardin.
Faisal, Gabriel, Bejan or Ahmet... Theirs is a friendship like the fate of Mardin itself, which has sustained the brotherhood of Turk, Kurd, Arab and Assyrian for centuries. As heirs to the ancient civilizations, many of them speak three languages at home: Kurdish maybe because of their mothers, Arabic because of their fathers, and the Turkish is thought in the schools.

Whatever the ethnic or religious backgrounds of people of Mardin, for many centuries they have lived in piece celebrating Syriac, Moslem , Jewish or Armenian holly days together with respect, tolerance and lenience towards each other and to understand this version of life in Mardin the best place  to visit is Sakip Sabanci Mardin City Museum and to read the Religious  Modus Vivendi there .. it starts with..” Many of the customs of the Muslims,Christians, and Jews who have lived side bu side in Mardin for centuries are similar, or even if there exists minor differences”….and continues…
After the museum visit just mingle with local people. I was with local friends from Mardin, Turkish, Kurdish, Armenian, Arabic… my Kurdish friend who speaks Turkish, Kurdish and Arabic is trying to find his diseased grandmothers family background whom he thought was a Jewish women converted into Moslem but now it turns out that she may actually be an Armenian women who married a Moslem men and converted into Moslem religion, his friend an Armenian women of Mardin might have some clue about his background and they may even be related. So after all everyone maybe  related to each other in some way in Mardin regardless of their faith.

I have enjoyed Mardin much more the second time and I still feel there are more to discover in this fascinating city and I will surely return back again.