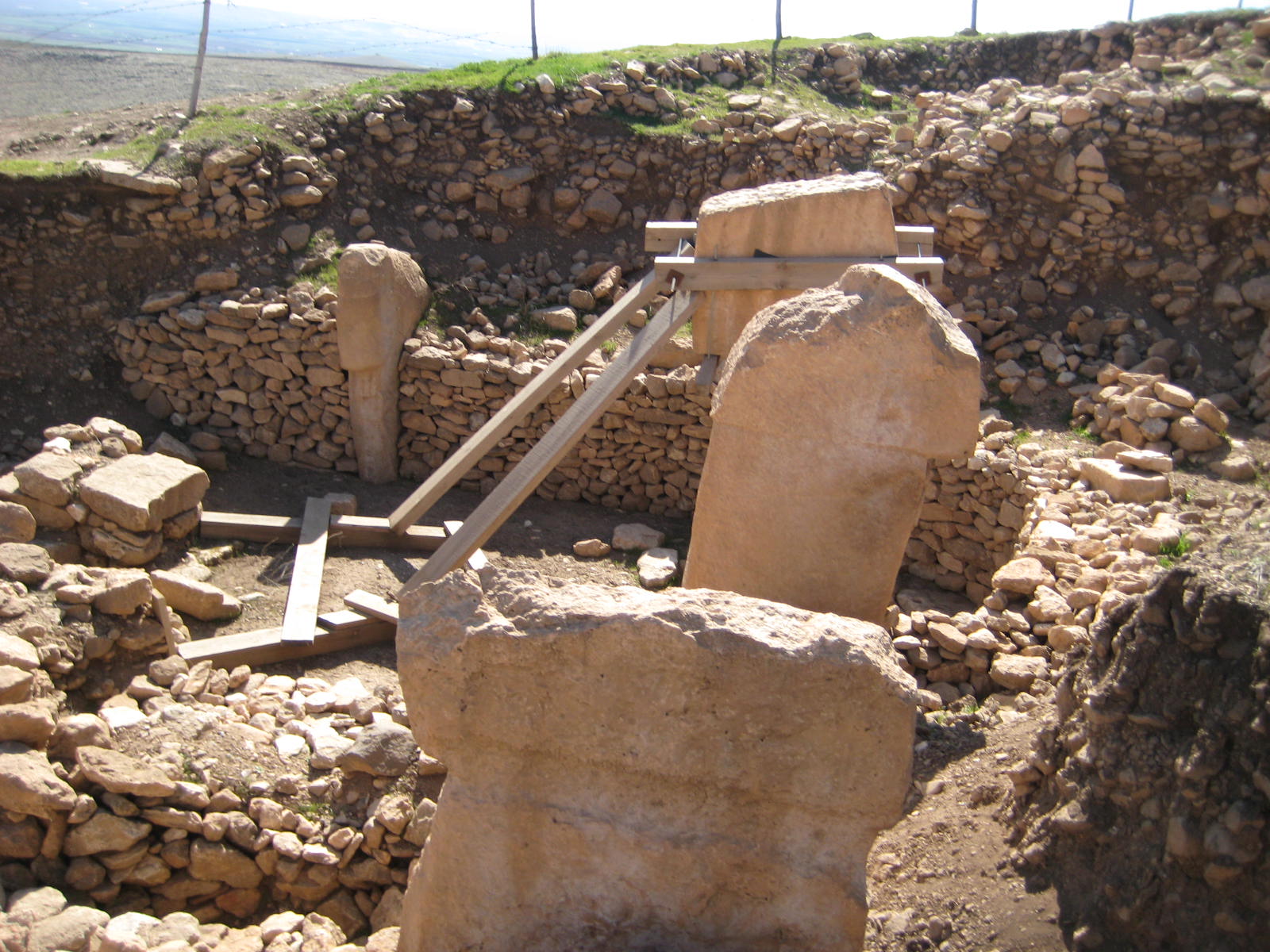 From the writer of Genesis of the Gods

Göbekli Tepe is the greatest archaeological discovery of the twenty-first century.

It challenges everything we thought we knew about who we are as civilized human beings.

Göbekli Tepe consists of a series of megalithic (large stone) sanctuaries built, supposedly by hunter-gatherers, some 12,000 years ago on a mountaintop ridge outside the city of Şanlıurfa, the traditional birthplace of Abraham, in southeast Anatolia.

It many ways its sophistication and finesse becomes the smoking gun confirming the existence of a lost civilization that existed even before end of the last Ice Age.

Each of Göbekli Tepe’s four main enclosures contain great rings of T-shaped standing pillars that face towards twin monoliths at the centre of the circles as much as 5.5 metres (18.5 feet) in height and weighing 15 to 20 tonnes a piece.Many of the T-shaped pillars bear human-like features in high relief, such as arms, hands, garments, belts and necklaces, showing that they are in fact sophisticated, abstract statues, representations of the first gods or great ancestors of the Göbekli builders. Often the standing stones are adorned with carvings in either 3D or high relief of fierce animals and other strange creatures of the natural world. They include boars, foxes, snakes, cranes, vultures, lions, wolves, bulls, goats, sheep, and even arachnids and insects. All are finished either in high relief or as 3D representations that seem to protrude from the very stones themselves.What exactly the purpose was of these stone sanctuaries built supposedly by simple hunter-gatherers shortly after the end of the last Ice Age remains unclear.Exactly what was it that motivated these people to come together some 12,000 years ago to create the first monumental architecture anywhere in the world?

How did the enclosures at Göbekli Tepe function?

Did shamans come here to communicate with otherworldly realms and supernatural creatures, or did they function as places of celebration of the natural forces and the celestial heavens?

These were the questions that I came away with after first gazing on the magnificent temples of Göbekli Tepe in 2004.

Since then I have attempted to find answers to these extraordinary mysteries of our past.

The result is the book Göbekli Tepe: Genesis of the Gods (Bear & Co, 2014), which since its publication has become to go to book for everything you are ever going to need on the subject of Göbekli Tepe.

It shows that these temples are aligned perfectly towards the stars of Cygnus, the celestial bird, where the ancient elite behind the construction of Göbekli Tepe – remembered as the Watchers of the book of Enoch and the Anunnaki of Mesopotamian mythology – saw Cygnus as the place of the primary cause, the location of God himself.

They were beliefs handed down from generation to generation until they were inherited by the Sabaeans and Chaldeans, the star-worshipping peoples of ancient Harran, built on the Harran plain within sight of Göbekli Tepe.

I have been to Göbekli Tepe, Sanliurfa and Harran many times since 2004.

Traveling in the region back then was sometimes difficult. Yet, thankfully, today it is much easier, especially with the help of Anatolia Tours.

They know the region like the back of their hand. I would never go anywhere in Anatolia, either on my own or with a tour, without one of their guides. They are the best in the business. They get you where you want, when you want and for whatever reason you want, no questions, 24/7.

Give them a call now, and book your visit to Göbekli Tepe.

Links to Gobekli Tepe: Genesis of the Gods